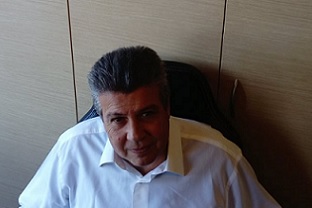 George Economakis studied at the Economics Department of the University of Athens (BA Economics 1984), Panteion University (M.Sc in Regional Development 1988), Panteion University (PhD in Political Economy 1998). He is working as Professor in Political Economy at the Department of Business Administration of the University of Patras. He has published in many academic journal including Science & Society, Rethinking Marxism, History of Economic Ideas, History of Economics Review, East - West: journal of economics and business, Critique, etc. He co-authored (with J. Milios and D. Dimoulis) the book Karl Marx and the Classics: An Essay on Value, Crises and the Capitalist Mode of Production, Ashgate 2002. His publications include: “The Middle Classes, Class Places, and Class Positions: A Critical Approach to Nicos Poulantzas’s Theory” (co-authored with J. Milios), “Patterns of corruption” (co-authored with Y. Rizopoulos), “US economic performance from 1929 to 2008 in terms of the Marxian theory of crises, with some notes on recent financial crisis” (co-authored with A. Anastasiadis and M. Markaki), “Differential Rent, Market Values and ‘False’ Social Value: Some Implications”, “Trade Unions and the Wages Fund Theory: on the Significance of Mill’s Recantation and Some Notes on Marx’s theoretical Intervention” (co-authored with D. Sotiropoulos), “Definition of the Capitalist Mode of Production: A Re-examination (with application to non-capitalist modes of production”, “‘Third Persons’ and Reproduction: A Note to R. Luxemburg’s Critique of Marx’s Reproduction Schemes” (co-authored with J. Milios), “On Absolute Rent: Theoretical Remarks on Marx’s Analysis”, etc.